Home Blog And Latest News Genetics of Cute Babies: What Decides the Facial Features of a Baby?

Children are cute little bundles of joy that many couples look forward to. But that was not the case for a couple in China. A man in northern China sued his wife for giving birth to an ‘ugly beyond description’ child. He was so surprised by the looks of this child that he couldn’t believe that he was the father. 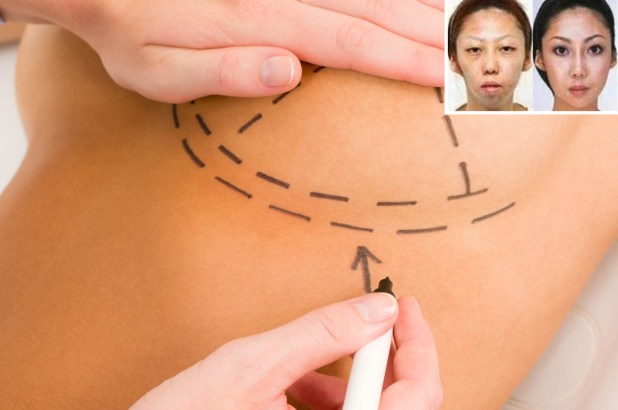 To every parent, their child is the cutest in the world. Not just that, but all parents want their children to look like them. But what decides the looks of the child? The answer is the genetic inheritance of genes responsible for facial features from both parents. This father had hoped for his baby to look like him and his beautiful wife, without realizing the amount of facial plastic surgery the wife had done.

It is also important to note that since multiple genes are responsible for one feature of the baby, the baby may have a mixture of features from both parents or look nothing like them at all. This may also be due to the fact that children share only 50% of their DNA with their parents and siblings. Hence, they may either look like them or look completely different from all.

All of this depends on the combination of genes they receive from both parents and the expressivity of these genes. The genes that children inherit are the building blocks of their looks, growth, and development. So, it is no surprise that this father was taken aback by the looks of his baby. But to this father, the baby in question was ‘too ugly’ for the child to be his. He accused his wife of cheating and asked for a DNA test.

After it was proved that he was in fact the father, through DNA testing, he decided to confront his wife. She admitted to her husband that she had multiple cosmetic surgeries to improve her looks. Upon learning this, he decided to sue her for marrying him under false pretenses.

The Northern Chinese court agreed that it was fraudulent behavior, as the husband was unaware of the real looks and features of his wife. As the looks of the baby depend on genes from both the parents and genes cannot be altered by cosmetic surgery or treatment, the lack of pretty features in the mother led to the birth of an ugly baby.

The husband, livid with his wife’s confession, demanded the wife to be reprimanded with a hefty fine. The court concurred and asked the wife to pay $120,000 for lying to her husband and for her fraudulent claims. She had spent $100,000 on her cosmetics surgeries prior to meeting her husband, so this amount seemed fair to the court.

You May Also Like: Is HGH the Fountain of Youth That We All Have Been Looking For

Plastic Surgery is a controversial topic in Hong Kong, China, Korea, and Japan. Korea, in fact, has one of the largest cosmetic surgery businesses in the world. However, this can become a problem when parents decide to have children, and those children turn out to be nothing like them. Looks depend on actual genes inherited by the baby, and that cannot be altered. Although many types of research are being done worldwide to allow for custom-generated, gene-selecting methods for parents to choose their babies’ features. But those researches haven’t given any concluding evidence of it being possible.

Also, before judging the mother and father of this ‘ugly’ child in discussion, it is important to note the epigenetic effect on children’s looks. Epigenetics is the change in gene expression without alteration in the DNA sequence. According to many types of research, the expression of certain genes can be altered by physical contact with mother post-birth. According to the researchers at the University of British Columbia in Canada, babies who are in physical contact with their parents and cuddled grow to be healthier, and overall, better off than those who grow with low-contact from their parents.

Researchers have warned that the study is still in its early stages, and further in-detail studies need to be conducted for conclusive results. But the effect of epigenetics cannot be ignored. Perhaps this couple should have held and cuddled their baby more.

Man sues wife after she gives him ‘ugly’ baby

How to Grow Taller and Reach Your Maximum Height

Genf20 Plus Review – Benefits Side Effects And Testimonials

Pre-Built E-commerce Websites vs Custom-Built: Pros and Cons of Each