New Records in Wall Street Where Tech Is Booming

The British Prime Minister Boris Johnson gave permission to Huawei on Tuesday to play a limited role in the...
Read more

On Wednesday, France reiterated its commitment to a two-state solution that respects internationally accepted principles and the "legitimate aspirations...
Read more

The number of deaths in China from the 2019-nCoV coronavirus epidemic has risen to 132, health officials announced on...
Read more

The New York Stock Exchange closed Monday with an increase of 0.29%, driven by the strong performance of Apple and other technology stocks and widespread optimism for the signing of a preliminary trade agreement between China and the United States. 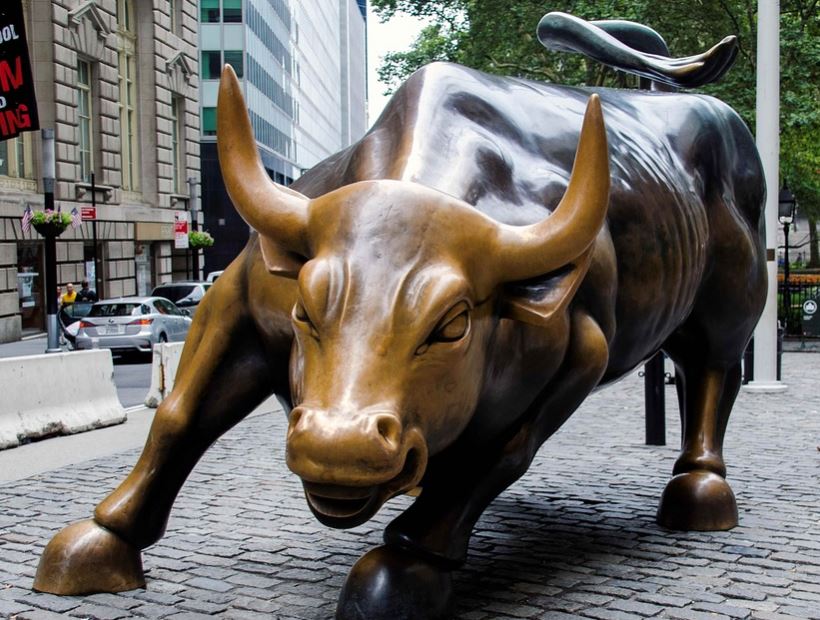 “People are optimistic about the (financial) results coming in and are also relieved that last week’s Iranian situation has not worsened, they are finally happy that China and the United States are meeting to sign the Phase 1 trade agreement. There are many things to be optimistic about,” says Jake Dollarhide, CEO of Longbow Asset Management in Tulsa, Oklahoma.

The phase 1 agreement between Beijing and Washington, after 18 months of trade war that has fueled market anxiety, will be signed Wednesday at the White House.

According to Bloomberg , the U.S. Treasury Department, in its upcoming two-year report, will also stop labeling China as a state that manipulates its currency.

Investors are waiting for the results of the major banks JP Morgan Chase, Citigroup and Wells Fargo, which will release their earnings reports for the fourth quarter of 2019 on Tuesday.

On the equity front, technology companies such as Apple, Facebook, Netflix, Microsoft and Amazon.com are among the main players in this new upward trend.

Alphabet, which owns Google, closed with a 0.8% gain, and its market capitalization is approaching the $1 trillion mark ($993 billion).

As the worst-case scenario did not materialize in the Middle East, where tensions between Iran and the United States are lower than in the previous week, oil lost about 1%.

The easing of tensions in the Middle East had a similar effect on gold, a traditional refuge that last week reached its highest level in seven years. The US gold futures contract was reduced by 0.6% to $1,550.60 per ounce.

How to make Money online by Starting a Reputation Management Company

How to Make Money Online? What To Sell and Where?

Assess the Risk of Your Trading Strategy Before Investing

Why Your Business May Fail Within 10 Years

What to Consider When Choosing a Forex Affiliate Program

Why Do Most Entrepreneurs Fail?

How to Overcome Past Failures and Embrace the Future

Previous articleBullying: Teens Who Are Mocked by Their Parents Are More at Risk
Next articleChildren Associate the Notion of Power With Masculinity

The British Prime Minister Boris Johnson gave permission to Huawei on Tuesday to play a limited role in the...
Read more
Blog And Latest News

On Wednesday, France reiterated its commitment to a two-state solution that respects internationally accepted principles and the "legitimate aspirations of Israelis and Palestinians", the...
Read more
Health News

The number of deaths in China from the 2019-nCoV coronavirus epidemic has risen to 132, health officials announced on Wednesday, and nearly 1,500 additional...
Read more
Health News

Researchers at the Cedars-Sinai Medical Center have discovered two important defects that occur early in the lives of patients with Parkinson's disease. About 6.3 million...
Read more
Health News

Coronavirus: These Are the Signs You Should Be Looking for

Knowledge of the symptoms of the coronavirus is essential to take quick action and contain the spread of the virus. For several weeks now, the...
Read more

France Postpones Taxes on GAFA to Avoid Us Tariffs

France and the United States have agreed "on a common global framework" for the taxation of GAFA, but there are still points that need...
Read more

Dakhla, From a Military Post to a Kitesurfing Paradise

Niche tourism has developed around kitesurfing and is now attracting a rich clientele of all nationalities to this area that is still waiting for...
Read more

France will not withdraw its national digital tax until there is an international solution. The French Minister of Economy and Finance, Bruno Le Maire,...
Read more

Reportedly, more young people born in the United States between 1981 and 1996 have physical and mental disorders. This is the most educated and connected...
Read more