Mysterious Chinese Pneumonia Related to SARS According to the WHO

The mysterious respiratory disease that emerged in China in late December is believed to be related to a seafood market held in Wuhan, central China. A new case was identified in Thailand by the WHO on Monday 13 January. The virus is said to have many similarities to SARS, which killed hundreds of people in Asia in the early 2000s. 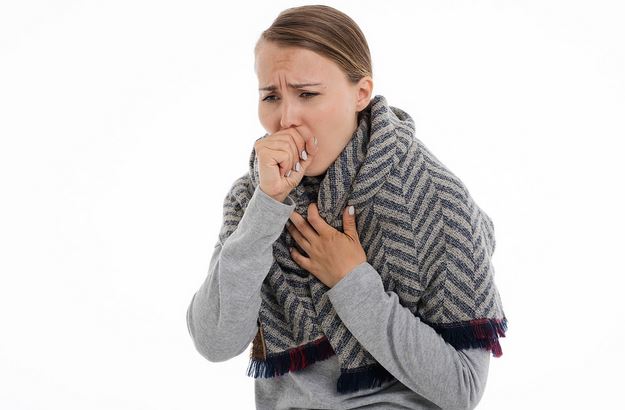 A few weeks ago, Chinese authorities reported an outbreak of an unidentified respiratory disease in their territory. Today, a first case of this mysterious disease has been identified in Thailand. The World Health Organization (WHO) announced on Monday, January 13, that the patient was a traveler from China. Hospitalized immediately, she is recovering from the disease. Even more alarming: despite reassuring statements from the authorities, this disease obviously belongs to the same family as Acute Respiratory Syndrome (SARS), which caused hundreds of deaths in Asia in 2002-2003.

This disease, which resembles pneumonia, appeared at the end of December in Wuhan, central China. Since then, at least 59 cases have been reported in the country and one 61-year-old man has died. According to the South China Morning Post, the origin of the disease has been identified: the patients are mainly traders at a fish market in Wuhan.

As a result, Wuhan municipality has ordered the closure of the market where disinfection and testing took place. “It seems very likely that the disease outbreak is associated with exposure to a seafood market in Wuhan. So far, none of the health workers have been affected and there is no tangible evidence of human-to-human transmission,” WHO said today.

Sharing the genetic sequence of the SARS virus

Since then, Hong Kong, a semi-autonomous region heavily affected by the SARS epidemic in 2002-2003, has taken precautions by starting the disinfection of trains and planes, as well as the screening of passengers. Especially since the epidemic occurred during the busiest travel period of the year, the Lunar New Year holiday. As a result, the U.S. Embassy in Beijing also advised Americans who travel around the country to avoid animals and contact with sick people.

On Saturday, January 11, the Hong Kong Health Department announced that the genetic sequence of the virus found in one of Wuhan’s patients showed that it was 80% similar to SARS found in bats. Sharing this sequence “allows more countries to diagnose patients quickly,” the WHO said.

The virus has a “coronavirus-like morphology,” characterized by a crown shape visible under an electron microscope. However, its mode of transmission, its origin and incubation period are still unknown.

“The possibility of cases being identified in other countries was not unexpected and reinforces why the WHO is calling for active surveillance and continued preparedness in other countries,” the organization said before proceeding: “In view of the evolving situation, the Director-General of WHO, Dr Tedros Adhanom Ghebreyesus, will consult with the members of the Emergency Committee and may convene a meeting of the Committee in the short term. However, investigations should continue in China to identify the origin of the outbreak and any intermediate animal reservoirs or hosts, the statement concludes.

Melanoma: Discovery May Help Improve the Effectiveness of Immunotherapy

Why Do Athletes take HGH?

Growth Factor Plus – Can It Increase Height?

The HGH Benefits That Everyone Wants And The Possible Side Effects

Is Using HGH Injections For Anti Aging Worth The Risks

Study Finds That HGH Abuse Among Male Bodybuilders Is Widespread

What Are the Causes of Vaginal Dryness in Women?

Fountain of Youth: The Immune System Key to Longevity

Memory Engrams: What If Our Memories Physically Exist in Our Brains?

What Is the Impact of Human Growth Hormone (HGH) on Women’s Health?

People who play sports usually feel better than people who have money, especially when they have a very high income. Money doesn't make you happy...
Read more
Health News

The link between the increase in the number of sexual partners and the risk of cancer for men and women was established by a...
Read more
Health News

Although scientific studies in animals have already shown that a carbohydrate in breast milk influences the neurological development of the offspring. The first study...
Read more
Health Supplements Reviews

The GenF20 Plus oral spray has been created as a complement to the pills, with specific ingredients that complement the action of the pills. Alpha...
Read more
Economy

The Coronavirus Darkens the Prospects of the Luxury Industry for 2020

From Burberry to Estée Lauder, major luxury homes are trying to estimate the cost of the coronavirus epidemic in China, closing shops and changing...
Read more

People who play sports usually feel better than people who have money, especially when they have a very high income. Money doesn't make you happy...
Read more

The link between the increase in the number of sexual partners and the risk of cancer for men and women was established by a...
Read more

Although scientific studies in animals have already shown that a carbohydrate in breast milk influences the neurological development of the offspring. The first study...
Read more

The Who: The Coronavirus Epidemic Is Now an International Emergency

The World Health Organization (WHO) described the coronavirus outbreak in Wuhan on Thursday as an international public health emergency, while opposing any restrictions on...
Read more
©